Home
Wazobia News
Windows 11 Details: Release Date, Features And Everything You Need To know
SHARE to HELP OTHERS

Windows 11 was unveiled at Microsoft’s big event on June 24, with a release date of October 5 now confirmed, there are many features that justify the jump in numbering from 10 to 11.

Showcasing the Fluent design language and more, the new upgrade can also be tried out on the Insider channels, ready to download and use on machines that meet the minimum requirements.

There is also a huge redesign of the Microsoft Store, allowing Android apps from the Amazon App Store to be used, so you can download TikTok and other apps if you wish.

Plenty of discoveries are still being made with the updated Insider build and from what Microsoft are confirming with other vendors and users, but we’re making sure that we’re updating this page with everything that’s been confirmed so far.

Currently, the operating system is only available as part of a Preview, which is targeted at developers. You can download the Windows 11 Preview through Microsoft’s Beta Channel, or even just download the ISO images, but generally, most should just wait for the consumer release.

Of course, you might be curious as to when you can get your hands on Windows 11 for yourself. Or, exactly what’s new in the operating system. Here’s everything you need to know about Microsoft’s next operating system.

The best new features in Windows 11

Windows 11 offers a ton of great new features that could completely change your Windows experience. Here are some of our favorite features on offer.

Before you dive into any technical features, you’re likely to notice visual changes to the operating system. Perhaps the most immediately obvious is the fact that the Start Menu and Task Bar are now in the middle of the display — meaning that they’ll be easier to access, particularly on ultrawide displays. If you don’t like the change, you can move the Star Menu and Task Bar back to the left of display.

RELATED: iPhone Speed: How to Speed Up Your iPhone in Seconds

The change brings Windows a little more in line with macOS and ChromeOS.

There are other visual changes to the operating system too. For example, Microsoft is making translucent windows fashionable again, and it’s rounding window corners.

Apple allowed iOS apps to work on macOS, and now Microsoft is making a similar change — by bringing Android apps to Windows 11. But the way Microsoft is doing this is a little strange — it has partnered with Amazon to bring the Amazon Appstore inside the newly revamped Microsoft Store. In other words, you’ll be limited in the Android apps that you can actually install on your computer. Thankfully, Windows 11 does allow sideloading Android apps.

Related:  We Have Paid All Our Verified Staff - Says Dr Chidi Lloyd

Speaking of apps, the way you can get Windows apps is changing too — with the new Microsoft Store. The Microsoft Store offers an all-new design, plus it will allow all developers to upload win32 versions of their apps. Developers will also have the option to choose their own payment system — so they won’t be locked into Microsoft’s, from which Microsoft naturally takes a cut.

Widgets kind of failed on Windows Vista, but Microsoft thinks it has cracked the code — and is reintroducing them in Windows. The operating system offers a new widget panel with options for a to-do life, weather, calendar, and others. It’s pretty similar to how widgets work on macOS.

Windows has always made organizing app windows pretty easy, but Windows 11 will make it even easier. In Windows 11, you’ll be able to snap windows in all kinds of arrangements, and even create your own custom arrangements. You’ll do this by hovering over the Maximize button.

Apple refuses to support touch on macOS, but Microsoft is adopting touch with open arms. Windows 11 will offer larger touch targets that make it easier to resize windows. And, there’s a smaller keyboard built specifically for touch that can sit in the corner of your screen. We’ll have to wait and see if this change truly makes Windows 11 a touch-friendly operating system.

The PC has always been a dominant gaming platform, and Microsoft is using its experience with Xbox to make PC gaming even better. The company is bringing the DirectStorage API to the PC, allowing your computer to load game data right into your GPU’s memory. Another new feature is Auto HDR, which allows games created with DirectX 11 or later to automatically upgrade using SDR to a much more vibrant HDR standard. Games that do this probably won’t quite looks as spectacular as those built with HDR in mind, but it will certainly make for a more vibrant experience.

RELATED: New Apple iPhone 14 – Everything You Need to Know About iPhone 14

Last but not least, the Xbox app will come pre-installed in Windows 11. This will allow you to access your Xbox library on your PC, and play games with your Game Pass subscription.

Of course, other features could eventually come to Windows 11 too. A report from The Verge notes that product chief Panos Panay has previewed a new Focus Sessions feature that could use Spotify to help you concentrate on the task at hand.

Should I install Windows 11?

As mentioned, Windows 11 isn’t yet ready for a consumer release. Instead, it’s currently going through a beta, called Windows 11 Preview. Anyone that’s part of the Windows Insider program, with a compatible PC, can download the software — however not anyone should. You should only install a Preview on your computer if you’re tech-savvy, and preferably a developer. That’s because a beta build could cause your computer to act in unexpected ways — and it could even render your PC useless.

Once the operating system releases to the public, it’s well worth installing, as long as you have a compatible computer.

There’s no official list of computers that support Windows 11 — given the fact that there are tons of PC models that support it, and you may have built your own PC. But there are ways to check if your PC is compatible. Microsoft has provided a free PC Health Check app that can check if your computer is compatible with Windows 11. To download it, head to Microsoft’s Windows 11 page. Once it’s installed, hit the “Check Now” button to see if your computer can run Windows 11.

For reference, the minimum requirements for the update can be found below.

Recently, we found out that users will still be able to download and install Windows 11 ISO files on computers with older chips, however Microsoft may not actively push updates and patches to users that do that.

When will Windows 11 be released?

Recently, Microsoft announced the consumer release date for Windows 11. We now know that the new operating system will be released to the public starting on October 5.

Right now, the operating system is only available as part of a developer preview. We recommend waiting until October 5 to upgrade to the consumer release.

Will Windows 11 be free?

If you currently use Windows 10 and have a computer that’s compatible with Windows 11, you will indeed get the update for free! That’s a divergence of tactics for Microsoft, which has traditionally charged a fee for updates to the latest versions of Windows.

How to install Windows 11

As mentioned, the update is currently only available in beta form, meaning that installing it isn’t as easy as just checking for an update. To install the Windows 11 Preview, follow the instructions below. 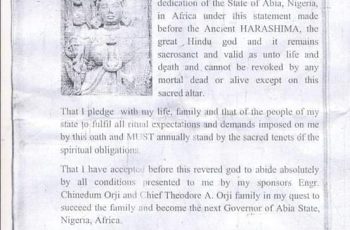 Here is the Oath of Absolute Loyalty document EFCC discovered … 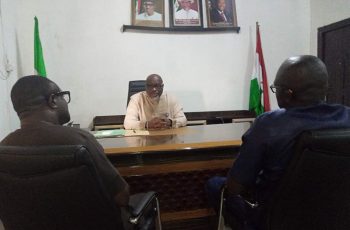