Rivers State Governor, Nyesom Ezenwo Wike has stated unless Nigerians experience good governance at the Federal Level, agitations will continue across different parts of the country.

Speaking during the 57th Independence Church Service at the Saint Mark’s Anglican Church in Port Harcourt on Sunday, Governor Wike said that Rivers State is not part of any agitation for secession.

“In as much as you continue to have bad governance, people will continue to agitate across the country.

“We give God the glory that we are still one, despite the agitations and challenges. God has blessed this country. We are not part of those who want to secede. Rivers State will never be part of that.”

The governor, however, pointed out that the country cannot continue with the current level of impunity and injustice, saying that it is time for the right thing to be done.

He said: “People must speak out that what is going on is not correct. Under this dispensation, votes no longer count. I have faith that we will come out of the present predicament “.

The governor explained that one of the reasons why politicians act irrationally is because they know that Police and INEC can manipulate results in their favour.

He called for better security and justice for all federating units to give all Nigerians a sense of belonging and de-escalate tension across the land.

He reiterated his call for the investigation of the criminal activities of the Special Anti-robbery Squad, which he said has become a notorious criminal gang.

In his sermon, Anglican Bishop of Evo Diocese, Rt Rev Innocent Ordu said Nigeria has developed despite her many challenges. 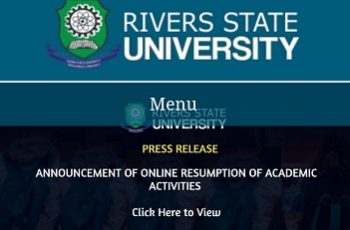 The Senate of the Rivers State University at a meeting …

Voter’s Card – Do you want to check your voters …