Are you aware of the high demands for truck drivers in Canada? The Canadian government in an effort to meet the high growing demands has developed a number of immigration and work permit programs, these programs are designed to help eligible applicants work in Canada as a truck driver.

This is an opportunity to maximize your driving skills and have it bring returns to you and thus if you desire to pick up a driving job in Canada, it’s important to know where your services are most needed.

Not to worry about finding such places as we have outlined the best five Canadian provinces where you can find work as a truck driver and earn reasonable remuneration.

Places Where Truck Drivers Are Demanded Mostly.
Generally, in Canada, truck drivers are needed across in most provinces however, the following provinces have the highest demand for truck drivers.

In Saskatchewan, there is currently a high demand for truck drivers, especially long-haul truck drivers. However, there is an immigration program established to enhance the satisfaction of this need. This immigration program is called the “Long-Haul Truck Driver Project”. This Program is part of Saskatchewan’s Provincial Nominee Experience category.

The goal of this project is to collaborate with trucking firms to enhance the recruitment of long-haul truck drivers to work in Canada on a Temporary Foreign Permit.

In Saskatchewan, Truck drivers earn an average yearly salary of $55,370. Although for entry level workers, they earn around $40,782 per year, while more experienced workers can earn up to $67,538 per year.

Related:  Canadian Jobs in The United States - How to Apply

For truck drivers, expect a salary taking into consideration the type of trucking job you’re doing.on a general note, the average salary for a truck driver in British Columbia is $54,821, while the highest you can expect to earn is $75,591 per year, in fact the lowest is $39,758 per year. But note that all these amounts will usually depend on how much experience you have.

Nova Scotia is the third place on our list where truck drivers are in high demand. The kind of trucking jobs available in Nova Scotia include:

Their remuneration is also good as the average salary for a truck driver in Nova Scotia is $54,456 per year, while for an entry level worker, he can expect to earn around $40,164 per year. Experienced drivers can earn approximately $66,386 annually.

In Alberta, there is a high demand for truck drivers. The truck driving positions available in Alberta include:

Ontario also has very high demands for truck workers. Below are some of the trucking jobs available in the province of Ontario:

Having gained first hand knowledge about the different Canadian provinces which are in need of truck drivers, let’s take a look at how you can be able to locate there.

Related:  Canada's Most Needed Skilled Jobs you can apply for

Anyone (foreign worker) who desires to work in Canada as a truck driver, will need a Canada work permit, or permanent residency status. Obtaining either of the two above means to work in Canada depends on you, that is, if you simply want to settle in Canada or just to gain some working experience in the country. You’re fully covered with this article for whichever you decide to go with.

See Also: Highest Paying Jobs In California You can Choose

Currently in Canada, there are over 70 immigration programs available. But we decided to make it easier for you by listing the most suitable options to apply through if you wish to immigrate to Canada as a truck driver.

This program allows skilled workers to live and work in one of the 11 participating provinces in Canada only if you meet the province’s labour needs. Provincial Nominee is a great pathway to immigrate through if you wish to work in Canada as a truck driver.

This Immigration Program is specially for skilled workers seeking permanent residence in one of Canada’s four Atlantic provinces. The requirements you need to apply for the Atlantic Intermediate-Skilled Program:

The Temporary Foreign Worker Program supports the success and growth of many industries, such as agriculture, transport, healthcare and technology. 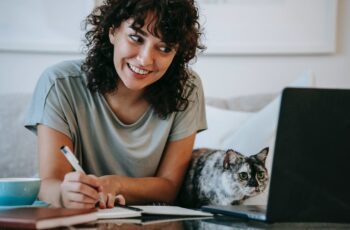 One of the easiest way to get familiarized with your … 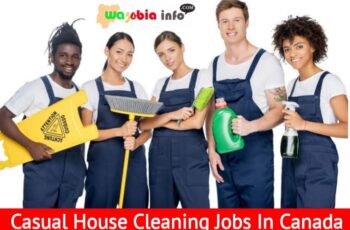 Casual House Cleaning jobs In Canada – There are ongoing …