There is anxiety in Kano, Sokoto, Bauchi, Benue and Plateau as the Supreme Court will today deliver judgment on the March 9, 2019 governorship election in the states.

According to Wazobia Infos findings, the apprehension in the states is connected to last Tuesday’s judgment of the Supreme Court, which sacked Emeka Ihedioha of the Peoples Democratic Party (PDP) as governor of Imo State and declared Hope Uzodinma, the candidate of the All Progressives Congress (APC), as the winner of the election.

In Bauchi, some politicians and other stakeholders are having “sleepless nights’ as they await the outcome of Supreme Court verdict today.Supporters and members of PDP and APC had been voicing their optimism of emerging victorious. The level of anxiety, as well as optimism by both sides are being reflected on daily basis in political programmes aired by radio stations across the state.

Alhaji Uba Nana, chairman of the APC in the state, said his party had embarked on a prayer session ahead of the Supreme Court verdict.

Nana, who reserved all comments till after the judgment, said the party was hoping for a successful outcome at the apex court.

“We are reserving our comments until after the verdict on Monday (today); we have nothing much to say but I can tell you that we are very prayerful now.

“We are in prayers and hoping for a successful outcome at the Supreme Court on Monday,” Nana said.

Alhaji Yayanuwa Zainabari, Publicity Secretary of PDP in the state, also said that his party had absolute trust in the Supreme Court and believed that justice would not only be done, but would be seen to have been done.

“As it is now, the judiciary is the only hope of upholding the mandate given to Governor Bala Mohammad by the people of Bauchi State.

“We have trust that the court would do justice in delivering its judgment; we have no fear at all and just as we won the election without rigging, by God’s grace, we will have cause to celebrate,” he said.

A member of one of the parties who pleaded for anonymity said that in an event of their losing at the apex court, he and others had decided to leave Bauchi.

“The tension is so palpable and expectations for success, very high; we cannot withstand losing out because the embarrassment will be enormous; we will rather leave in an event of failure at the Supreme Court,” he vowed.

Meanwhile, checks revealed that some politicians in the state had resorted to spending their nights in the mosque, praying to God to grant their parties victory at the apex court.

A prominent politician in Bauchi, who confirmed this development said because of the dicey situation at hand, himself and others were not willing to take chances.

“Some of us resolved to leave the comfort of our bedrooms and turn to God for salvation.

“We stay overnight in the mosque praying because, as Muslims, we know that Almighty often grants requests pleaded for during late night,” he revealed.

The state governor, Bala Mohammed of the PDP is hoping the court will uphold his election against Muhammadu Abubakar of the APC.

It would be recalled the incumbent governor, Bala Mohammed of PDP, had himself told newsmen shortly after his victory at the Appeal Court in Jos that he could not sleep a day to the Jos verdict.

The governor is now in United Kingdom on medical checkup, according to an earlier statement by his Media Aide, Muktar Gidado.

Also addressing a news conference in Abuja, Bauchi State Commissioner for Information, Ladan Salihu, said Governor Bala Mohammed is not bothered about the judgment, having won the election overwhelmingly.

“We are very confident that justice will be served in our favour. I wouldn’t be the first to go near the red line of sub judice, but I can tell you confidently that we are not particularly worried, but concerned because it is a process that is not in our hands.

“The governor is very calm, we are hopeful and we are not by any stretch of the imagination, worried or afraid of the process,” he added.

He assured residents and supporters that a final affirmation of Governor Mohammed will only lead to better governance and an improved Bauchi State.

Also speaking, DSP Kamal Abubakar, the state’s Police Public Relations Officers, assured that the command was on top of the situation as it had taken adequate measure to ensure that there was no break-down of law and order after the verdict.

Also in Benue, Emmanuel Jime, candidate of the APC is praying the Supreme Court to declare him as the authentic winner of the election which produced Governor Samuel Ortom of the PDP; while in Plateau State, Governor Simon Lalong of the APC is up in arms against General Jeremiah Useni of the PDP.

Speaking with our correspondent, Alhaji Idrissa Mohammed, a chieftain of the PDP in Sokoto said there is apprehension in the state as there are rumours that the powers that be are planning to give Tambuwal the Ihedioha treatment.

“Yes, everywhere is tensed. Since the Supreme Court judgment on the Imo governorship election, there are fears that some powers that be have concluded plans to punish Governor Tambuwal for dumping the APC for PDP. We are optimistic of victory because we know Tambuwal won the election and he has been performing to the delight of the people of Sokoto”, he said.

He also described the Imo governorship ruling by the Supreme Court as very unfortunate.

“I am a lawyer but I have lost faith in that Supreme Court since they gave judgment on the Osun governorship matter. I knew they could do the same at any place, it depends on where their brain wave moves.

“The judgment of Emeka Ihedioha of Imo State is a very unfortunate judgment but the Supreme Court is the highest judgment in the land and so, I wish them the very best. When a Supreme Court now says because a judge did not come to work, therefore it is the fault of the party and it is a technical matter and so, Osun PDP has lost the election. We are now under the rule of autocracy and misgovernance. I am not hoping for anything in tomorrow’s judgment (today)”, he said. 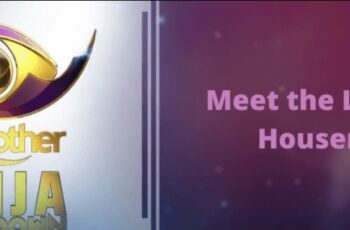 BBNaija Season 5 – We are so excited as we bring …