The lawyer to Nnamdi Kanu has alleged that men of the Nigerian Army invaded the home of the leader of the Indigenous People of Biafra on Thursday afternoon.

In a statement made available to Wazobia info the lawyer, Ifeanyi Ejiofor, accused the Nigerian Army of declaring war on Mr. Kanu and “innocent, unarmed and defenceless” supporters of IPOB.

“The Military has declared war on the innocent, unarmed and defenceless civilians. Sporadic shooting is going on in the premises of Nnamdi Kanu now.

“The situation is serious. My client’s destination has remained unknown. His entire house has been shattered with bullets and missiles.

“The soldiers had just forcefully gained entrance into his house after shooting for about 40 minutes. His entrance gate was broken and forced open. Their mission is still unknown as every person seen in his house has surrendered, including his aged parents.

“We will avail the world with the pictures of these dastardly acts,” Mr. Ejiofor said.
The lawyer called on supporters of Biafra to remain calm in the face of what he described as “unprovoked killings.”

“In the face of this unprovoked killings, torture, abduction and malicious destruction of property, I still appeal for calm from IPOB members. Just be assured that the entire world is watching. Do not take up arms, continue to conduct yourselves in the most civilized manner you are well known for,” Mr. Ejiofor said.

Mr. Ejiofor has repeatedly accused the Nigerian army of plotting to forcefully take down his client, alleging that several members of the IPOB have already been killed by the soldiers.

On Sunday, the lawyer accused the army of attacking IPOB members, ‘without provocation’ killing several people.

“They had continued to shot sporadically into the air through which assault, about five of his family members were brutally wounded and some unfortunately killed.

“There is no doubt that the present deployment of troops to the South East is to haunt for my client and possibly eliminate him,” the statement said.

There has, however, not been any evidence of deaths, although there have been reported injuries to civilians as well as security personnel.

Reacting to the allegations, the Nigerian army denied attacking the agitators without provocation, adding that the presence of soldiers in the area was a continuation of a military exercise in the south-eastern region of the country, tagged: Operation Python Dance 2.

In a similar development, the Nigerian army has vowed to investigate another videofootage where some members of IPOB were seen tortured by men alleged to have been military operatives.

The army is yet to speak on the current development.

However, the police on Thursday confirmed that suspected IPOB members burnt down a police station and assaulted an officer in Aba, the state’s commercial centre.

A dusk to dawn curfew on Aba was extended by the state governor to Friday.

Here is how Nigerians voted for their favorite housemates in … 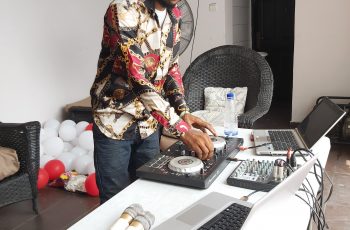 Port Harcourt, DJ Endless is on it again with an …