Just few weeks after he was sworn in, Senator Andrew Uchendu has been very active in the activities at the Senate.

The Senator who promised Rivers people and Nigerians quality representation at the red chamber has expressly hit the ground running and continued to speak out on national issues.

After resumption on 19th October, 2017, he moved a motion seeking for the amendment of the National Institute for Tourism and Hospitality Bill, 2017. The motion sought for a downward review of the post qualification experience requirement for the position of the Chairman of the Governing Council of the National Institute for Hospitality and Tourism, NIHOTOUR to fifteen years to enable Youths get a shot at the said position.

On the 27th of October, 2017, Senator Uchendu made a strong case on the floor of the Red Chamber, for one of his constituents, Mr. Oleli Stephen Amadi, who was wrongfully dismissed from the Nigerian Prisons Service (NPS ), after thirty good years of meritorious service.

On 17th October, 2017, he spoke against discrepancy in his contribution at the plenary. He has also contributed to other issues at plenary just in few weeks as a senator, with more expected to come.

We are glad and can proudly say that we have a senator, an experienced Parliamentarian who is truly out to give quality representation to his people after years of misrepresentation of the Senatorial District.

We pray God to strengthen Senator Andrew Uchendu and grant him more wisdom to effectively carry out his legislative duty as he has assured his constituents as well as Rivers people in general. 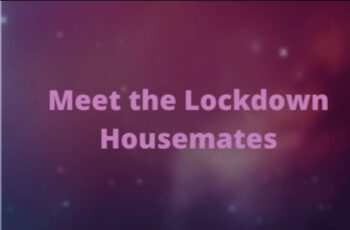 We have stepped into the Big Brother Naija, Biggie’s House …

A seven-man panel of the Supreme Court has scheduled hearing …