The Ikwerre Youth Movement (IYM) Emolga Chapter under the leadership of Sir Lucky Worluh has today shown how greatful they are to God Almighty for given them a caring father and Senator; Senator Andrew Igbonule Uchendu.

What mere mortals thought would never be, God made it possible in His own time.
To God Be The Glory!

IYM Emolga Chapter is proud to have Senator Andrew Igbonule Uchendu as a father.

Sir, We reinstate our commitment and total loyalty to you. We will work with you any day, anytime and in every capacity of endeavours.
We have confidence in you as a Senator.

Senator Andrew Igbonule Uchendu is Competent, Capable and Reliable.
During his tenure as a Member of the House of
Representatives, Hon. Andrew Uchendu moved several motions. To mention a few are:

Ogbakiri crises,
Rehabilitation of the East/West Expressway,
The establishment of the Oloibiri Oil Museum,
Youth unemployment and Youth Restiveness in Nigeria,
Insecurity in the Niger Delta,
And the invasion of
the Rivers State House of Assembly by
Hoodlums.
This last motion led to the take-over of the Legislative functions of the House by the National Assembly.

It is important to
mention here that the resolution taken by the House on the crises stemmed the imminent mayhem
and bloodletting that would have taken place.

Senator Andrew I. Uchendu when he was in the House of Representatives also sponsored three fundamental Bills in the House.
They are:
The Standard Tendering Procedure for the Award of Contracts in the Public Service, (popularly known as Due
Process),
The National Youth Development
Programme,
And the Amendment to the Petroleum Technology Development Fund Act.

In 2007 – 2011 he served as the Chairman of the
South-South Parliamentary Caucus and also as the Chairman, House Committee on
Public Service Matters.

In the course of his tenure as a Member of
House of Representatives, Senator Uchendu attracted a
number of Federal and State Projects, namely;
Water projects at Oduoha-Ogbakiri, Rumuche-
Emohua, Ovogo and Rumuodogo II in Odegu.

Okporowo-Ogbakiri Internal Road.
Credit Assistance to 100 Widows
Skill acquisition for over 30 Youths.
Financial support to 300 indigent Citizens of my Constituency.

From his personal savings, he embarked on the award of bursaries to indigent students in the
tertiary institutions in his constituency. In the first phase, he had 64 Beneficiaries, two in each ward of the Ikwerre/Emohua Federal
Constituency.

In the second phase, he extended
the Bursary to about 140 Beneficiaries, 5
students per ward in his Federal Constituency. Already, payment for the first year has been completed.

We have confidence that as a Senator of the Federal Republic of Nigeria, Senator Andrew Igbonule Uchendu will certainly beat his records while at the House of Representatives.

The youths are not far from his heart. Uniting Rivers State is his watchword.
Development of Rivers East, the entire Rivers State and Nigeria is his priority.

Carry on our God Given Senator Andrew Igbonule Uchendu, IYM Emolga Chapter is solidly with you. 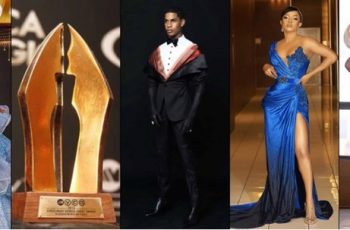 Are you looking for the full list of Winners of …