He was the first governor in Nigeria to take over the payment of primary school teachers, which use to be a local government function.

Rivers State under Amaechi was the first state to have its own Procurement Act. The World Bank not only commended, but asked other states to go and see the Implementation of the Due Process regime in Rivers State and adopt the great works of Amaechi accordingly.

He was the first governor to pass the Fiscal Responsibility Law to check government officials and excluded himself from award of contracts throughout his tenure as Rivers State
Governor.

Amaechi in his tenure as a governor prioritized Employment of Rivers indigenes and non-indigenes. He employed over 13200 teachers in the education sector.
He also employed over 8000 persons in Agricultural sector ranging from revitalizing Risonpalm, now SIAT, establishment of Songhai Farm, Buguma Fish Farm, Banana Plantation etc.

Amaechi built hospitals/model health centres and employed over 7000 health workers in Rivers State as well as over 600 medical doctors with official cars given to the medical doctors.

He created the Greater Port Harcourt City which in turn employed Nigerians living in Rivers State. TIMARIV, RSSDA, Rivers State Education Quality Assurance Agency among other agencies were created which thousands of Rivers Youths were employed.

The fact remains that Rotimi Chibuike Amaechi did so much in the area of employment as a governor.

Today, it’s visibly a reverse case with the administration of Gov. Wike whom have been unable to create job in any sector for almost three years now rather operates a government without budget and clear policy.

We urge Gov. Wike to learn governance from his predecessor; Rt. Hon. Rotimi Chibuike Amaechi who remains a landmark administrator in the history of our great state.

The people of Omudioga in Emohua Local Government Area, Rivers … 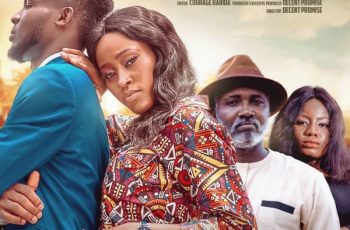 Nollywood film director Decent Promise is set to release his …