The decision of the Court of Appeal sitting in Port Harcourt to re-affirm an earlier order staying the execution of the judgments of lower courts shows that the APC and it’s candidates would be on the ballot.

A statement which has been issued by the Cole/Giadom Campaign Organisation said in Port Harcourt today that the reaffirmation of the position of the Court of Appeal has proved beyond reasonable that INEC has an obligation to relist the names of all approved APC candidates.

“We hail the decision taken by the Court of Appeal today. That decision means that nothing is stopping INEC from placing the APC on the ballot.

“We wish to state categorically that obedience to the rule of law is the best thing to do. In the circumstance, we urge INEC to respect the rule of law and return our great party to the ballot”, the statement emphasised.

It hailed the decision of the appellate court to refuse moves by Senator Magnus Abe and his lawyers to hoodwink the court, saying they were only playing the role of spoilers.

The statement urged APC members to ignore claims that their candidates would not be on the ballot.

“We have passed that stage. We must prepare to punish those who are trying to keep us out of the elections with our votes.

“We will vote them out of Government House and help our President Buhari to a second tenure in office”, the statement added. 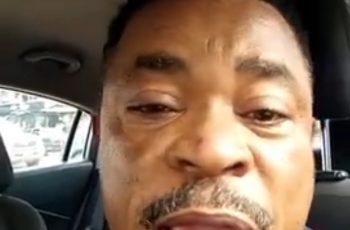 Actor Victor Osuagwu says he has been seeing his mum …