Information reaching us at Wazobia Infos has it that there is confusion in the Court of Appeal sitting in Port Harcourt, Rivers State.

According to reports, PDP lawyer just applied to withdraw from the appearance in the matter between the PDP, APC and INEC.

According to him, ”I apply to withdraw myself from this matter since because my further participation on this matter is meaningless” he said.

The PDP lawyer wanted to stop the proceedings with fresh application suggesting the appeal court to keep on hold further hearing. Lead Judge got angry and insisted the court of appeal president is yet to reply them on the letter for a special panel. This proceeding must continue Judge insist.

APC lawyer said “My Lord, take note of what is going on in this matter. It’s on records that a case that has been taken to certain level, a lawyer cannot withdraw his appearance. Wema Bank plc reported in 2018.

What’s the consequences of your withdrawal? Judge to PDP lawyer.

They (PDP) should look for another lawyer PDP lawyer replied.

Judge still asking, what is the consequences of your withdrawal if your authority is withdrawn?

I am not withdrawing the PDP application but I am only withdrawing my appearance for PDP. Counsel to PDP still insisting.

My withdrawal should be taking as personal ~PDP lawyer.

The Judge ask the INEC what’s there position on the whole issue, INEC lawyer replied: we are neutral and would maintain neutrality.

Related:  ASUU Threatens To Go On Another Strike

Let us rise and reconvene in a short while ~ Judge said.

Court risen to weigh the applications and submissions by Counsel for and against PDP withdrawal.

Judges arrives, says it is within the right of the PDP lawyer to withdraw from the matter.

Second stay of execution in a matter between PDP and APC granted.

The most-anticipated Ekiti governorship election have come to past and … 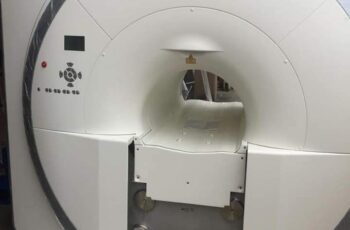 The Management of the University of Port Harcourt Teaching Hospital …