No fewer than 6,800 members of I See You group, a political pressure group in People Democratic Party (PDP) have formally dumped the Party to All Progressive Congress,(APC). Speaking during the declaration, the National LEADER of the I See You group, Barr. Chizy Nyeomasila said they are leaving the PDP because the state leader of the party, Governor E N Wike. lacks what it takes to Govern RIVERS People.

He also stated clearly that Gov. Wike was not prepared to govern the state. He accused the Governor and PDP as a use and dump party and assured APC that they will join hands with them to vote in APC Governor come 2019.

We are committed to the Leadership style of Rt. Hon. Chibuike Rotimi AMAECHI hence defecting to APC he added.

Receiving Member’s of the group, Chief Emeka Beke assured them of Equal Opportunity and charge them to go to their unit for formal registration. He also assured them that APC will win election in 2019 and handed them formally to the LGA Leader, Sen. Andrew Igbonule Uchendu.

Sen. Andrew Igbonule Uchendu, Represented by Hon. Emmanuel Chinda thanked and congratulated them and charged them to resume as full members of the party in Emohua LGA. He commended Amaechi for the numerous projects scattered all over Emohua LGA. 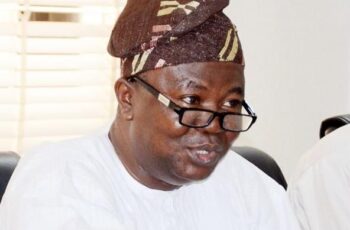 The Academic Staff Union of Universities (ASUU) is asking students …

The National Working Committee (NWC) of the All Progressives Congress …