Lots of achievements are going on in the Ministry of Transportation headed by Rt. Hon. Rotimi Chibuike Amaechi and the IYM EMOLGA CHAPTER highlights more.

The Minister of Transportation, Rotimi Chibuike Amaechi have completed the ABUJA-KADUNA Rail project 100%.

Amaechi while inspecting the project along with the contractors, China Civil Engineering Construction Company said before the launch of the project by President Muhammadu Buhari, the rail would be test-run in March, adding that during that period, passengers will board for free.

The Minister of Transportation, Rotimi Amaechi said the Federal Government have finished compensations to all residents affected by the ongoing new Lagos-Ibadan Standard Gauge Lines and that the contractors will start work from the axis while the construction continues.
According to the minister, the government is monitoring the contractor to fast-tract the project completion for the benefit of the people by the end of the year.

Rotimi Amaechi disclosed that the Lagos-Port Harcourt Standard Gauge will start running soon.
He noted that plans were underway to procure additional 20 locomotives for cargo services from Lagos to Port Harcourt Rail Line.

Amaechi said the vision of President Buhari’s administration was to establish a safe and efficient transport system that would boost economic activities across the country.

In the space of two years, the Ministry of Transportation had so many projects running. Within this period, Abuja-Kaduna rail was completed, work ongoing at the Lagos-Ibadan rail alongside construction and rehabilitation of the Itakpe-Ajeokuta-Warri Standard Gauge which will be completed this year.

So many achievements in the Ministry of Transportation to talk on. 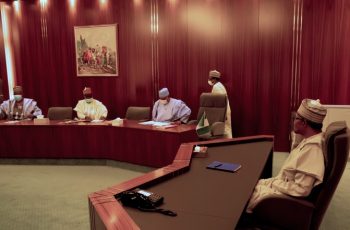 Following the recommendation of President Muhammadu Buhari, the National Working …

A renowned personal achiever and a seasoned politician, Engr. Chika …