Emohua Local Government Chairman, Dr Chidi Lloyd says the chairmen of the four Ikwerre speaking local government areas will not hesitate to give the necessary assistance to the Grassroot Development Initiative (GDI) whenever the need arises, stating that nothing will be too much to do for the political machinery of the Governor of Rivers State, H.E Nyesom Ezenwo Wike.

Dr Lloyd stated this when he played host to the leaders of Grassroot Development Initiative (GDI) from the four Ikwerre speaking local government areas (Emohua, Ikwerre, Obio-Akpor and PortHarcourt city) at the council secretariat in Emohua on Tuesday.

He commended the leaders of the Ikwerre cluster of GDI for sustaining the grassroot support of Governor Nyesom Wike and the PDP in the four Ikwerre speaking local government areas and beyond.

“Nothing will be too much for us to do in support of the programs and activities of the political machinery of our leader and governor.
“I and my colleagues from the other Ikwerre speaking local government areas will not hesitate to give the necessary support to you whenever the need arises because we are part of you.
“As for your forthcoming event, do let us know when you are ready and tell us how you want us to come in.

“You have done very well for our leader and governor and our party PDP to sustain the grassroot support, so you deserve all the assistance you need”. He said.

Earlier, the leader of the delegation; the Rivers East Senatorial Vice President of GDI and former caretaker chairman of PortHarcourt City Local Government, Hon Charles Orlu on behalf of the Ikwerre cluster of GDI congratulated Dr Lloyd on his electoral victory and subsequent inauguration as the chairman of Emohua local government.

He said they were at the council secretariat to seek the support of the local government chairman ahead of the forthcoming Ikwerre cluster meeting of Grassroot Development Initiative (GDI) which will have delegates from the four Ikwerre speaking local government areas.

Charles Orlu said the Ikwerre cluster of GDI is looking forward to having a very strong synergy with the four Ikwerre speaking local government chairmen to strengthen the grassroot support of the governor of Rivers State in Ikwerre Ethnic Nationality in particular and Rivers State at large.

The coordinator of GDI in Obio-Akpor LGA and former caretaker committee chairman, Hon Collins Onunwo commended Dr Lloyd on behalf of the forum of GDI coordinators for his support to Hon Ikpechi Oriji led Emohua chapter of the GDI and urged other local government chairmen to emulate the Emohua council Boss to keep the political pressure group alive in their areas.

The delegation were later taken on inspection of some of the ongoing intervention projects being executed in the council secretariat. 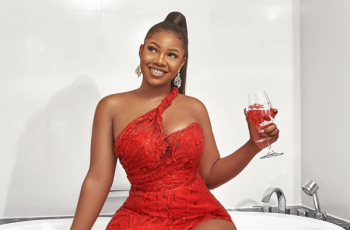 BBnaija Tacha Finally Launches Her Own Reality Show as she …