Speaking at the event, which attracted chieftains and sundry Party faithful, Barr. ezekiel-amadi said the gesture was borne out of his desire to support and advance the course of the Party.

He used the occasion to laud the leadership style of Hon. Bestman Amadi and promised to partner with him to move the party in Local Government Area to greater heights.

“I am behind you, our Chairman.
A Chairman who is ready to stand in the rain and come out at midnight to defend the cause of our Party and its members, will always be my Chairman.
I stand by you,with you and behind you.
God willing,working together with other Party faithful,we are going to change the story of the APC in Ikwerre Local Government Area.
From what I have seen so far, I know you are going to make a difference and move our party to greater heights,” he said.

In his response, Hon. Bestman Amadi lauded #Empowerment Machine for his philanthropic gestures, describing his commitment and resolve to advance the course of the Party in the Local Government Area and State in general as a welcome development.

His words : “Ezemonye is a man of his words. When he promises,he fulfils it.
He has done a lot to change the face of the Party in KELGA.
The support he has given, has raised the morale of Party members in the LGA.
With his support and yours, we shall rewrite the story of Ikwerre Local Government APC.
Ezems, again, I say thank you for all you have done for the Party.
May God continue to bless you.”

The Party Chairman also tasked the Ward Chairman to use the newly commissioned Party office to sensitize members and mobilize for the Party as well as chart a new course for the APC in the area.

Also speaking, Hon. Kingsley Obochioma Amadi, Chairman of the Party in Ward 2, commended Barr. ezekiel-amadi for the gesture, promising that the office would be put to judicious use.

In his goodwill message,Chief Basil Opurum, member, Isiokpo Council of Chiefs,
commended the leadership qualities of Hon Amadi and also lauded Barr.
ezekiel-amadi for making APC to have offices in almost all the wards in Ikwerre and Emohua Local Government Areas.

“You have done a lot for the party. Your candidature is our choice. We are solidly behind you.
As soon as you get the ticket, it becomes ours.Our votes are for you.
Ezems,. we are with you and will continue to back you”, he said.

In the same vein, Hon. Humphrey Woka, leader of the APC in Isiokpo,also described #EzemsBaba as “our son who has done well. Your empowerment programs are second to none”.

He tasked him to continue to make positive impact on the lives of the people.

Highlight of the event was reception of defectors from the People’s Democratic Party, PDP led by Chief Basil Opurum into the APC. 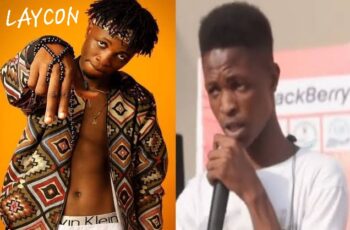 After battling it out for a gruelling 70 days in …