The rumours have already started about the iPhone 14, expected to launch in autumn 2022. Here’s what you can expect when the new models arrive.

Apple recently announced the iPhone 13 line-up, with new cameras, colours, processors and other refinements. To see our breakdown of what was released, you can read everything announced at the Apple iPhone 2021 event.

But such is the nature of modern technology that the designers and technicians at Apple will barely have had time to pop the champagne to celebrate the launch before heading straight back to their desks and coming up with the next generation of devices. Here are all the rumours already circulating about what we can expect when the iPhone 14 models arrive next year.

When will the iPhone 14 be released?

Apple usually debuts its new iPhones in September each year, with the notable exception of 2020 due to the COVID-19 outbreak. We’ve no reason to see that change (global pandemics aside), so look to the East at first light in September 2022 for the coming of the new models. For more specific estimates, here’s when the last few generations arrived:

What new features will Apple include in the iPhone 14?

One of the tech community’s favourite games is working out what improvements and innovations Apple will come up with each year for its new iPhones. Here are the strongest clues we have about the features you may see in the iPhone 14.

The removal of the notch

The iPhone 13 range saw a small decrease in the size of the infamous notch on the front display. But it could vanish completely in 2020 – or at least transform into a new and far more discreet form.

According to Ming-Chi Kuo, the iPhone 14 Pro will feature a punch-hole display design instead. That punch-hole design, incidentally, was the subject of a controversial leak in September 2021, when Jon Prosser chose to reveal the design of 2022’s iPhone just days before the announcement of the 2021 model. Here’s how Front Page Tech sees the iPhone 14:

The return of Touch ID

One way for Apple to achieve the removal of the notch would be to reinstate Touch ID on the next iPhone. This can be done in one of two ways, both of which have been heavily rumoured for some time now.

The first is to introduce an under-display fingerprint sensor for Touch ID, as suggested by Ming-Chi Kuo to MacRumors, while the other is for Apple to use the same Touch ID sensor in the power button that it currently deploys in the iPad Air (2020) and new iPad mini (2021).

One of the rumours that seems to be picking up traction is that Apple will ditch the Lightning port on the iPhone 14 and feature no ports at all. This has been rumoured since before the iPhone 12 was launched, but it could be made a reality due to pressure from the EU or just for Apple to create more space inside its iPhones.

Related:  MacOS 12 Monterey: Everything you need to know about the Apple brand

Rather than rely on cables for charging, all power will be delivered wirelessly. This would instantly render many accessories and power banks redundant, but Apple has never been shy about making unpopular decisions in the past.

There’s also an interesting sidebar to this issue, which is that the EU has been on the warpath for a while about proprietary charging standards, and it looks like a draft law forcibly standardising smartphone ports will happen in 2021. This came a step closer in September 2021, when the EU Commission presented a bill to unify charging cables.

In theory this could oblige Apple to produce a USB-C iPhone for sale in Europe – and even more theoretically, could encourage it to base all its new iPhones on USB-C so as to avoid the production inefficiency of making more than one design. But it’s hard to see a company as large and powerful as Apple bowing to mid-level political pressure in this way.

Our suspicion is that the portless iPhone, discussed by fans for so long, will not become a reality for some time yet. (One Apple site already claimed before its launch that there was a portless ‘variant’ of the iPhone 13, but it seems this was more of a testing prototype for long-term development than a serious contender for commercial release anytime soon.) One day it will happen, but we doubt that day will be in 2022.

On the subject of charging ports, there’s also a curious rumour surrounding MagSafe. Not the MagSafe standard used by the iPhone 13 and iPhone 12 models to attach wireless chargers to their rear, but a new magnetic cable standard that’s far closer to the old MagSafe used by MacBooks.

Actually, it’s probably easier if you look at this illustration:

How this would circumvent the EU problem or standardise Apple’s connector issues is unclear, but it is an interesting looking technology.

A bigger zoom and sensors for the cameras

Many of the most intriguing updates on their way to the iPhone cameras are being predicted for the medium to long term. Analyst Ming-Chi Kuo claims that by 2022, for example, the iPhone will feature a 10x optical zoom, while its big-zoom ‘periscope’ lens isn’t expected to arrive until 2023. If this time line proves correct, then you could be adding an impressive zoom range in the iPhone 14 to the new macro photography features added in the iPhone 13. Not a bad combination.

Other features that could appear in the next generation include 8K video capabilities for the iPhone 14 Pro models, plus a jump to 48MP sensors and larger pixel sizes.

Perhaps the most interesting change in design could be that the Mini model is discontinued and instead Apple will move to a 6.1in standard model and 6.7in Max. Ming-Chi Kuo is again on hand with rumours suggesting that Apple will kill off the Mini to introduce the Max in 2022.

A radical new design for the iPhone 14?

In terms of design, the evidence is piling up that Apple is working on something very radical: more radical indeed than the iPhone X. An embryonic clamshell design currently known as the iPhone Flip is in development at Apple HQ.

Prolific leaker Jon Prosser says it’s reminiscent of the Galaxy Z Flip, and will come in “fun colours”. But he also warns that it won’t launch in 2022, ruling out the iPhone 14. The analysis company Omdia has also predicted that Apple will launch two foldable iPhone models in 2023. Catch up on the latest rumours in our foldable iPhone news hub.

Related:  How To Download And Install Microsoft Windows 11| Easy Steps

So, it looks likely that the square-edged design of the iPhone 12 and iPhone 13 may remain for another generation at least.

The A16 in the iPhone 14 will be 4nm and we can therefore expect major gains in energy efficiency: this could mean a jump in battery life, a lighter device with a smaller battery unit, superior performance, or a combination of all three.

iPhone 12 and iPhone 13 models sold in the US offer mmWave (or millimetre wave) 5G, but elsewhere this form isn’t available. For instance, here in the UK we rely on the slower sub-6GHz version of 5G, which US users get in addition to mmWave.

That may change with the iPhone 14. We reported back before the launch of the iPhone 13 that Apple had made a large order for mmWave antenna, which suggested that the UK and other countries would get faster 5G with the iPhone 13. But in the end the technology was kept a US-only option.

In April 2021 the analyst Ming-Chi Kuo predicted that support for mmWave would be rolled out in far more countries as part of the launch of the iPhone 13 models. He mentioned Canada, Australia, Japan and “major European mobile operators”, which we hope includes the UK. Maybe Kuo’s radar was slightly off, and mmWave will make its international debut in the iPhone 14 instead?

So, what’s the big deal with mmWave? Well, the theoretical maximum speed for mmWave is 1-2 gigabits per second, compared to the 100-400 megabits offered by Sub-6 GHz. However, Sub-6GHz offers a longer range, which is to the benefit of users outside the big cities. We have a separate article where you can read about the 5G coverage problems faced by the iPhone in the UK.

We have a good idea, by the way, of the components Apple will use to provide this improved 5G connectivity, with the newly updated X65 expected to appear in the iPhone 14.This is interesting because it allows the use of mmWave and sub-6GHz 5G at the same time, and offers unprecedented speeds of up to 10Gb/s and even improved power efficiency.

Wi-Fi 6E is similar to Wi-Fi 6, which the last three generations of iPhone already support. But it adds compatibility with the 6Hz band, increasing bandwidth, improving speeds and reducing interference.

According to a July 2021 report from the Taiwanese site DigiTimes, the late-2021 iPhones were thought to feature support for the new Wi-Fi 6E wireless standard. But, this didn’t happen, suggesting that it could be one of the new features in the iPhone 14 range.

DigiTimes wasn’t the first site to predict Wi-Fi 6E in iPhones, with Barclays analysts forecasting the same upgrade back in January 2021.

While many of these rumours look set to appear in the iPhone 14, it’s always tricky to guess where Apple will go next. So take this guide with a pinch of salt, as anything could happen in the next year. 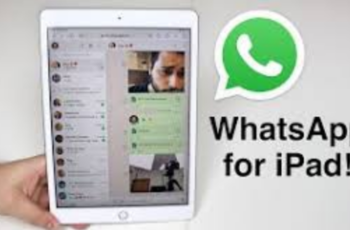 How to use WhatsApp on iPad : There might not be … 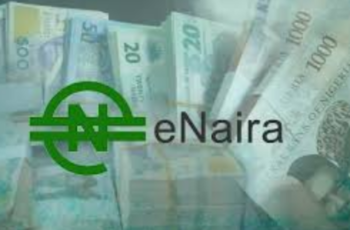 eNaira: How to use the Nigerian Digital Currency – The …