In my efforts to search and research on the benefits and otherwise of the ENDSARS Protest, I took time to go through the Face Book page of Mr. Izeze Ifeanyi one of the best Brains in the Pen Business where I am sure that I could get something extraordinary and surely I got something extraordinary in the story of DSP Garba described in some quarters as the true Hero of the ENDSARS Protest.

While it is reported that over 17 Police Personnel lost their lives during this ugly, sad and unfortunate account of the ENDSARS Protest in the hands of hoodlums, this new Nigerian Hero not only confronted these youths but was commended and praised by the youths of Nigeria

Please, read the account as I saw it in the Face Book page of Mr. Izeze Ifeanyi

Instead of extortion, he ensures the common folks are safe and free. He also does other things that has integrated him as a community leader. For instance: Faced with a debilitating water problem, he mobilised resources through fundraising and built a borehole for the community.

To further give the youths a sense of belonging, he used the most popular platform – football. He organises football competitions for them through which he not only horns local talents but counsels them about crimes and criminality emphasising the need for them to stay away from them.

To further entrench himself as a people’s policeman, he threw his doors wide open, listened to the people with passion and genuine willingness to help.

Invite RABIU GARUBA to any local event, he’s there. Church dedication, naming ceremony, launching of community projects, he was there.

For those who know, FEGGE police station was a notorious enclave. It was the hub of activities in many ways. It was a replica of the nearby Onitsha Main Market, with its own buying and selling activities.

The stakes were high and the engagements constant enough that policemen paid heavy bribes to be posted there, because a policeman who worked there for one year and didn’t “make it” must be suffering from “ancestral curse.”

But RABIU GARUBA changed all that. He hated extortion and bribery. Oh! What an enemy he must have made himself amongst his corrupt folks who were involved in the bazaar, most of them Igbo officers. Remember RABIU GARUBA is not Igbo. Yet, he solved a problem that had defied decades.

Rampaging #EndSARS youths looking for where to vent their anger arrived. Virtually all his colleagues fled – deserted, some through the windows, others scaling the walls. But not RABIU GARUBA. Instead of running, he decided to meet them, because he knew them. They were his people.

The effect was magical. Ululation! The anger of the youths transformed immediately. They saw him. They knew him. Not as a heartless extortionist or butcher like the notorious Awkuzu SARS boss, but a direct opposite.

Today, the FEGGE police station stands intact. Its survival is symbol and a message. No pin was broken no limb was broken, nobody died. Why? RABIU GARUBA!

Yes! Those youths may be daft. But they know what they want. They know their targets. RABIU GARUBA didn’t fit into it, because he is not only a model – a good cop, but a good man.

The man that will save Nigeria lives within. He’s found in every tribe and religion. It’s only that the people have allowed their eyes to be cloaked. The day they allow the scale to fall off, they’ll find him either from the Gwoza Hills, the Olumo Rocks or Ogbunike Caves. They’ll find him in RABIU GARUBA, the rave of the moment, a hero of the #EndSARS movement!

I had cause to meet CSP Rabiu Garba at the Fegge Police station, Onitsha. A client of mine had issues to clear with them. At some point, I demanded to see the DPO and that was when I came in contact with this man. He already had people in his office but he did not keep me waiting rather he pleaded with them that he had to attend to me. All the people in his office were Igbos.

At the end of the day, without as much as asking for a Kobo, I left the station thoroughly satisfied. U even ate some sweet on his table. This is one man who should be the IGP of Nigeria. I am not in the least surprised that encomia are pouring out to him, I am not surprised that he had the confidence to interface with an angry mob of Igbo youths and traders in the heart of the IPOB enclave in Onitsha, he being an Hausa police officer. On the contrary, an Igbo born OC SARS officer, James Nwafor could not have dared what Garba did even in the midst of his kith and kin.

I celebrate you my friend. One day in the very near future, the position of the Inspector General of police in Nigeria will be won by vote and when that day comes, be assured that you will have my vote and that of my household and all other persons who I can influence. ✊

I will like to conclude this treatise on this young man by quoting Franklin D. Roosevelt who stated, “We have always held to the hope, the belief, the conviction that there is a better life, a better world, beyond the horizon.”

And Nelson Mandela an Icon and former President of South Africa who with DSP Garba in his mind stated, “Our human compassion binds us the one to the other – not in pity or patronizingly, but as human beings who have learnt how to turn our common suffering into hope for the future.”

The judgement and approval of this exceptional Police Office as the Hero of the ENDSARS Protest is now in your hand to decide.

Eze Chukwuemeka Eze is a Media Consultant based in Port Harcourt and can be reached through ezemediacconcept2020@gmail.com, 08022049770 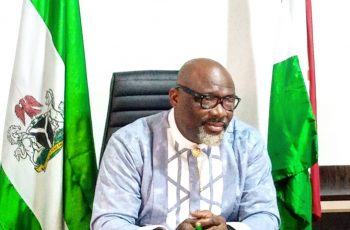 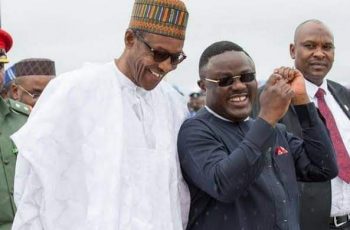