It’s a good idea to keep your iPhone’s software (iOS) up to date. Updates are available for free from Apple. They apply the latest security and bug fixes and features to your iPhone. Here’s how to update your iPhone to the latest version of iOS.

Apple does a big update of iOS (the operating system that runs on all iPhones) once a year, bringing new features and interface tweaks. There are also numerous smaller point updates, with fixes and security patches; these are just as important.

In this article we run through everything you need to do to update your iPhone to the very latest available software, including what to do if you encounter problems, like not having enough space or not being able to connect to Wi-Fi.

For the very latest version of iOS – which at time of writing is iOS 15 – you can read a dedicated article: How to get iOS 15.

How to get your iPhone ready for the update

Before you update iOS, we recommend that you do the following:

Related:  FaceTime SharePlay coming with iOS 15.1 - What you need to know

How to update iOS

Here’s how to download and install the latest version of iOS on your iPhone:

1. Go to Settings > General > Software Update. iOS will check if there’s a new version; if there isn’t, you’ll see the message ‘Your software is up to date.’ Sometimes there’s a bit of a wait until the software becomes available.

2. Assuming there is a new version available, tap Download and Install.

3. Enter your passcode when prompted, and agree to the terms & conditions if required.

4. Your device will download the update in the background. You’ll see an indication of how much time it is likely to take. In our experience this is very far from the mark: the reality can be double or even triple what this estimates! You can at least carry on with other things while the download happens. Once the download has finished you will receive a notification on your iPhone.

5. Now Tap Details on the Notification window. This will take you back to Settings > General > Software Update.

6. Tap Install Now. (Again, expect this step to take a while – especially if it’s on the night the software arrives!)

7. Alternatively, you can select Later. iOS will offer to update during the night – you just need to make sure the device is plugged in.

How to update iOS if you don’t have Wi-Fi

Are you really excited about updating iOS but don’t have access to Wi-Fi right now? Or maybe you do, but it’s hotel/restaurant Wi-Fi, and you aren’t sure you can trust it? You might be wondering whether you can update iOS using cellular data or mobile data.

Apple used to have a download cap that meant you couldn’t download more than 200MB over a data connection. This cap was lifted in iOS 13, so you can now download apps of any size. Go to Settings > iTunes & App Store > App Downloads. You can choose from Ask If Over 200MB, Always Allow or Always Ask.

If you’re still running iOS 12, you will still have the data cap meaning you can’t download iOS 13 or later over data – but there is a workaround as long as you have a Mac.

Related:  MacOS 12 Monterey: Everything you need to know about the Apple brand

Before you start, make sure you don’t use up all your data for the month! Even unlimited data isn’t always completely unlimited and you might be penalised later on.

Your Mac will proceed to download the latest version of iOS using your data connection from your iPhone. You will then be able to use iTunes to update iOS on your iPhone.

Alternatively, if your Mac happens to be connected to the internet via Ethernet, or another way, you could download iOS using iTunes or the Finder in exactly the same way as above. (Note that Apple killed off iTunes with the arrival of Catalina, so on Macs running that version of macOS or later, the Finder manages things like software downloads.)

How to update iOS if you don’t have space

Downloading via the Finder or iTunes is also a great way to update iOS if you don’t have enough space on your iPhone, so follow the steps above.

Alternatively, you could try these steps to make some more space on your iPhone.

Will iPhone update erase my data?

If you’re low on space you may be worried that you will lose some of your data if you install the new iPhone update. It’s understandable that some people are concerned about this, because it’s happened in the past. However, it should be the case that once the iOS update has installed, all your data will be intact, and if it isn’t, well you have a backup don’t you?

Make sure you back up your phone before updating.

Why won’t my iPhone update?

You may be wondering why your iPhone isn’t showing the iOS update as available. There are a few reasons why this might be the case. 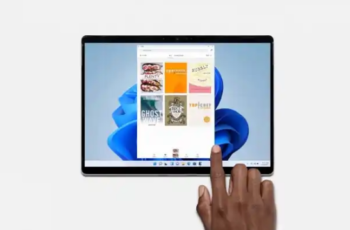 Microsoft’s Windows11 is now out, which means you can install … 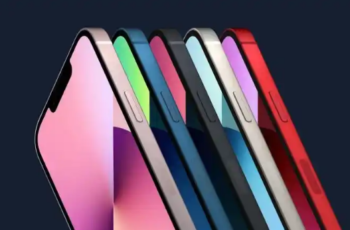 At the Apple California Streaming event September 14, Apple announced its …