One effort of former Governor Chibuike Rotimi Amaechi two years into his administration was the unwavering drive towards actualising the concept of a Greater Port Harcourt City.

A modern, well planned and consciously developed city that will not only decongest the already over-populated old city of Port Harcourt,
the Rivers State capital, but one that will lay a solid foundation for infrastructural explosion with the highest economic potentialities and become the hub of business activities not only in the hydro carbon industry but also in the tourism sector of the nation’s economy.

Read Also: You Have Killed CARNIRIV In Rivers State Due To Your Lack Of Vision In Governance – IYM Emolga Blast Gov. Wike

Before the unveiling of the Environmental Impact Assessment (EIA), the Governor Amaechi led administration had set up the mechanism to achieve a transformed city with the setting up of the Greater Port Harcourt City Development Authority(GPCDA), headed by former Attorney-General of the State, Dame Aleruchi Cookey-Gam.

The survey works on the expansive city urbanization project were almost fully concluded considering the length and breath of the scheme. About eight local government areas sprawl expected to fall into the new city of Port Harcourt with the gradual sprawl witnessed over the years. They include: Port Harcourt, Obio/Akpor, Eleme, Etche, Ikwerre, Oyigbo, Okrika and Ogu/Bolo Local Government Areas.
The first phase was expected to stretch from the Choba axis to the Ogu waterfront.

IYM EMOLGA CHAPTER also found out that the phase 1A Project hovered round the Omagwa – Eneka axis.
Put together by Dutch consultants after proper assessment considering the States’ topographical resemblance to that of Netherlands, the plan was broken down into sub-phases with three major landmark institutions serving as development magnets.
They include the Karibi Whyte International Hospital, the new Rivers State University of Science and Technology campus and the Airport.

IYM EMOLGA CHAPTER also gathered that the design has a rational approach to give room for open spaces and accommodate storm water, which seems to be the nucleons of the plan considering the typographical nature of those areas tilting South-East of the Airport.
Though those areas would be well connected with grade A, B and C roads, we observed that the plan envisages to tackle the city’s flooding problem by making sure that all storm waters are channeled to the appropriate areas of
dislodge. This includes the Ogbogoro and the Choba axis that have natural water outlets.

On the transport system the designers demarcated the roads into three levels, course 1, 2 and 3. Course three roads encompass the built up area and would support course two roads to course one towards reducing traffic jams, currently at a horrible level in Port Harcourt Township.
IYM EMOLGA CHAPTER further gathered that phase one consists of
large use of land consisting the hospital and university.

In the centre there would be quite a lot of schools to be built with lots of open spaces, while, the residential areas consists of the higher density areas.
With two waste management sites at the East and the Northern parts of the city, solid waste disposal would be easily tackled.
Both low and high cost residential apartments were provided for, but the major one is the 30,000 residential units, that would go with schools,
shopping, complexes and supporting service estates.

While most donor communities were apprehensive of the new development, the EIA report is expected to cushion those effects.

It was also gathered that the master plan would last for 50 years; hence it would be a sustainable project that would be implemented by successive Governments after Rt. Hon. Rotimi Chibuike Amaechi.
However, we have observed on a sad note that the present Wike led administration has totally abandoned such a laudable project on the alter of politics. 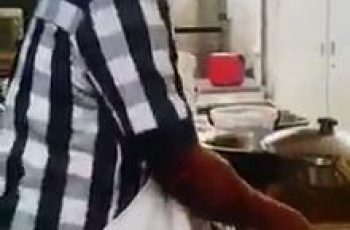 Governor Nyesom Wike was seen cooking in the kitchen as …

Singer and songwriter Simi born on the 19th of April …