On Sunday, July 15, 2018, the Governor of Rivers State, Nyesom Wike, during a thanksgiving service in celebration of his three years anniversary in office, at St. Paul’s Anglican Cathedral, Diobu, Port Harcourt, crossed the red line when he desecrated the alter of God Almighty, wherein he assumed himself the mouthpiece of God and presider commisioned to pass judgement on presumed sinners and to direct the internal affairs of the church of Christ.

Governor Wike, while delivering his speech, arogated to himself the power to control the ecclesiastical order of the Anglican Church, by stating categorically that the Archbishop of Niger Delta Province of the Church of Nigeria, Anglican Communion, Most Rev. Ignatius Kattey, should have come to the Rivers State Government House, Port Harcourt to consult him (Wike) with regards to the issue of who succeeds him (Most Rev. Kattey) in office.

The governor did not end his unholy vituperations against Archbishop Kattey there, he went on to thoroughly vilify the clergyman, accusing him of being possessed with an unforgiving spirit. Governor Wike berated the Man of God for preaching what he does not practice, expressly implying that the clergyman was a hypocrite. He claimed to be more righteous than Archbishop because he (Wike) forgives anyone who offends him within a short period of time, unlike the Archbishop who harbors anger in his heart for a period of 10 to 12 years.

We view these insults hurled at Archbishop Kattey by Governor Wike not only as an intentional slap on the sacred church of our Lord and Saviour Jesus Christ, but we also see it as a deliberate attempt to ridicule and defy the highly revered Christian faith. We wonder what and whose agenda Governor Wike is dramatically trying to propagate in God’s own house. We are completely convinced that there is more to this than meets the eye.

Related:  ASUU Threatens To Go On Another Strike

The Inter-ethnic Network for Chibuike Rotimi Amaechi (INCRA), as a societal watchdog that advocates moral uprightness in public office, believes that the least Governor Wike can do to receive forgiveness from God, Rivers people and indeed, all members of the Christian fold, for exhibiting such a bizarre level of high-handedness in the church, is to show remorse by publicly rendering an unreserved apology to the Church of Nigeria, Anglican Communion.

It is very unfortunate that for quite some time now, Governor Wike has been allowed by reputable clerics to reduce the house of God Almighty in Rivers State to a theatre of the absurd; an abode of moral obtuseness; and a sanctuary of spiritual depravity, probably because of pecuniary benefits. Apart from Governor Wike, in the entire history of Rivers State, there has never been any governor, politician or public servant who openly spited the church with reckless abandon, even on the altar of God.

The question that arises is this: should we sit back, fold our hands and do nothing while the very foundation and symbol of our liberation from spiritual Egypt (satanic bondage) on earth is scorned and degraded simply because of an individual’s inordinate politics? God forbid! This diabolic affront on our collective sensibilities as faithfuls of the church of Christ must be strongly condemned by all and sundry to avert future occurrence by power-drunk politicians, irrespective of our denominations or political leanings. 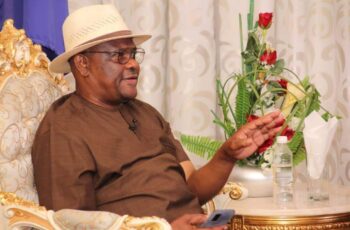 The Rivers State Executive Council has approved the reopening of …