EZE HAILS UNIPORT AG VC, PROF OKODUDU OVER RESCUE OF DESTINY OF THOUSANDS OF CASTRATED STUDENTS … Says Reinstatement of Erudite Prof. Efemini is an act of fairness and Divine Intervention… Describes the Vice Chancellor as embodiment of Peace. 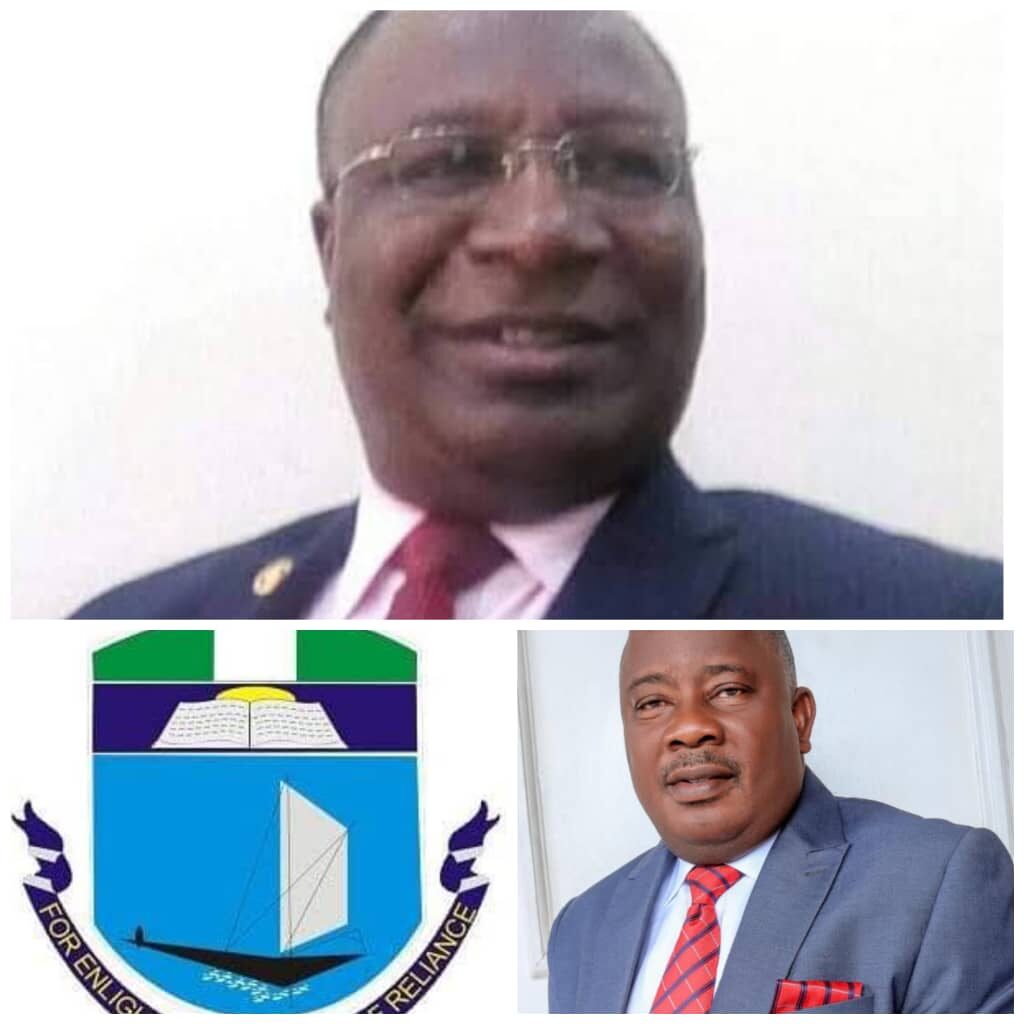 According to the book of Proverbs chapter 29 verse 2, “When the righteous are in authority, the people rejoice; But when a wicked man rules, the people groan.” (New King James Version)

This inspired holy statement came into play in the affairs, students and staff of University of Port Harcourt when Prof Steve Okodudu was appointed as the Acting Vice Chancellor of the Institution. In this regard, as a righteous leader, he embarked upon actions that have brought peace and hope back to the University.

His peaceful conduct and action came into climax when he granted pardon to students of the University of Port Harcourt, whose futures have been stocked in limbo since 2016, when the institution implemented its policy on ‘No School Fees, No Examination’, which saw the fortunes of over 1,000 Students hanging on a scale,

Chieftain of the All Progressives Congress and erstwhile National Publicity Secretary of the defunct New People’s Democratic Party- nPDP, Chief Eze Chukwuemeka Eze, in a statement released to the Media on Thursday, commended the University management under the headship of Prof. Stephen Okodudu, Acting Vice Chancellor, Uniport, for the magnanimity shown the affected students.

READ: “I See Hope In The Greatness Of Nigeria After Reading The Story of DSP Garba” – Eze

Describing the grant of pardon as humane and an act of kindness, the party chief said the students may now hive a sigh of relief, adding that the VC’s gesture has laid to rest all speculations and uncertainties about their almost-dashed futures.

Eze reiterated that the students were unduly mistreated by the previous management which ignored appeals from all quarters, including the ruling of a competent Court of Jurisdiction, directing that the students be mobilized for the mandatory NYSC, having met all necessary requirements to be enrolled for the scheme.

A memo released Wednesday 21 October, 2020, by the Registrar of the University, Dr. Otto Dorcas, partly reads …”Prof. Stephen Okodudu, has on behalf of the University Senate, granted amnesty to the following category of students…”

“…1. Those who obeyed Senate’s directive and repeated the 2015/2016 academic session in 2018/2019 session but failed courses which they previously passed;

2. Those who did not obey Senate’s directive to repeat the 2015/2016 Session in the 2018/2019 academic session and their results were released and certificates issued;

3. Those who did not obey Senate’s directive to repeat the 2015/2016 session and their results were withheld;

4. Those who has issues of late payment of school charges after closure of school portal as at 2018/2019 session;

5. Those who for one reason or the other failed to apply for temporary withdrawal from studies and needed an extra y at to graduate as at 2018/2019 session; and

6. In view of closure of schools owing to Covid-29 pandemic, students who may wish to make submissions that are applicable to any of the categories (S/NOs 1 – 5) above, could be considered for amnesty”.

The statement further directed affected students to see their Heads of Departments for guidance and added that the school portal is opened for those who may pay charges.

Similarly, Chief Eze described the reinstatement of Prof. Andrew Efemini, to his position as worth commending, after many years of undue disengagement by the former management led by Prof. Ndowa Lale, whose only legacy is leaving the university, staff and students in ruins and melancholy.

Eze hailed Prof. Andrew Efemini for putting up muscle and a rare courage to absorb the shocks and difficulties that accompanied his years of gory travails, while appreciating the Ag. VC. for his determination to pursue noble objectives for the good and service of humanity.

He appealed to the University Management to also consider paying the backlog of salaries and emoluments owed Prof. Efemini, given the fact that his disengagement has remained a destitute of verifiable basis, as it was borne out of sheer witch-hunt, malice and hate.

Eze further reiterated that his good friend, Dr Mike Huckabee must have had the likes of Prof Steve Okodudu in mind when he expanded the teaching of our Lord Jesus Christ on peace by postulating that, ” Blessed are the peacemakers.’ And I think a lot of people don’t understand that there’s a difference between a peace lover and a peacemaker. Everybody loves peace, but wearing jewelry around your neck and saying ‘I love peace’ doesn’t bring it.” Prof Okodudu has walked, worked and brought peace to University of Poet Harcourt and surely peace will forever follow him in all his endeavours, Eze maintained

First choice candidates who took part in the Post – …