This post contains the biography and profile of Eme, All Is Well Igocharacha.

WHITE EAGLE as his native name IGO (EAGLE) CHARACHA implies has the knack for strengthening and helping the oppressed and the less privileged people in the society. All is well Igocharacha would always assist those who needs assistance and approaches him for help. He believes in what is just and true which he calls psychology of nature and above all development of both human and material resources thus making the society a better place for living.

Nyedike (Comrade) Eme All is well Igocharacha’s leadership experience spans over twenty years ago. He has gotten experiences by virtue of positions held.

He was the Secretary General, National Union of Ikwerre Students, University Port Harcourt and there after became the President, Ikwerre Youths Movement (IYM), Students Angle

He became the Students Union (SUG) Leader of his time in University of Port Harcourt.

He has served in several Committees one of which is; member, Obio/ Akpor Communication Mask Committee and others too numerous to mention.  He owns and runs a MANAGEMET AND EXECUTION company called  ALL IS WELL IGOCHARACHA GLOBAL SERVICES (AIGS) with a job description which Includes general services such as Engineering and Works, Agriculture and products, Telecommunication, Banking, Education, Health, Transportation, Landing and Housing, Manufacturing, Imports, Exports and General Contract.

He is the author of the book titled, Important Facts about Unique University of Port Harcourt and other relevant articles/publications in both international and local journals.

The early thirties human right activist youth and educationist believes that Youths are Leaders of Today not Tomorrow and asserts that the tomorrow of a vibrant and dynamic youth is now. This orchestrated the formation of a body for the Sensitization, Orientation and Conscientization of Nigerian Youths by him know as Nigerian Youths for Change and Sensitization network (NIY-CSEN).

He is also the South South coordinator of a group called Restructure Ambassadors of Nigeria (RAN) whose believe is that; restructuring must first start from the mind and hearts of the people in a system before the institutional structure of such a system. 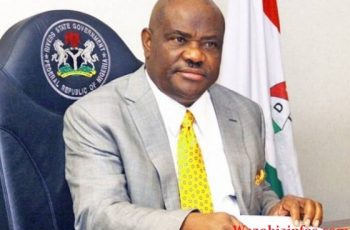