If you’re a skilled trade worker, and you desire to see yourself earning around over $80,000 every year then you’re just at the right page.
You might already be aware that Canada is in urgent need of skilled trade professionals, and this position covers almost all sectors of the Canadian economy.

It doesn’t matter what you do, be it that you are a construction worker, or you’re involved in home appliance maintenance, or maybe you’re in the manufacturing sector, your occupation is likely to be in demand in at least one of Canada’s 13 provinces.

Statistics show that about 54.7 thousand jobs were added to the Canadian economy job market in December 2021. There are certain key adjustments or rather changes that are being implemented in Canada, these changes are categorized in two major ways which includes; development and immigration system.

This simply points out to the fact that this is the best time to take a bold step and to begin the application process for jobs and visas in Canada.
These two major categories will determine your chances of success However, we are going to proceed on knowing if your occupation is on the top skilled trade jobs that are highly demanded in Canada in 2022.

Under Food service and accommodation, the top trade job vacancies include; Refrigeration and air conditioning mechanic, chef & cooks, butchers. The total openings for this position is about 15,695. Some of the provinces with the highest demand for this position are Ontario, British Columbia, Alberta. The average provincial minimum wage is: $15 – $15.20 per hour.

Related:  Highest Paying Jobs In Canada & How to Apply Online

Accommodation and food service sector’s rate in Canada is about 7.8%. Accommodation ND food service industry has the highest shortage of workers in Canada, especially in the restaurants. Related jobs to this position that are also in high demand are:

Health Care and Social Assistance is one of the top trade job vacancies in Canada. The overall national opening for this position is over 4000 and they also Include: Maintenance technicians, electricians, and plumbers. In Canada, the provinces with the highest demand for Health care and Social assistance are: Quebec, Saskatchewan, British Columbia with an average provincial minimum wage of $11.81 to $15.20 hourly. Even though this position is in high demand, most qualified workers here won’t be in a haste to apply, no thanks to covid19 pandemic.

How does the services of maintenance technicians come? Now most hospitals and other medical facilities will rely heavily on maintenance trade workers to ensure that all equipment is running at optimal levels and so their services will always be needed. Also, sanitization specialists will maintain a high demand for a long time.

The construction industries also top the list of job vacancies in Canada. They include; Trades helpers in construction and labourers, Crane operators, Contractors and supervisors etc. The overall national openings for this position is believed to be over 2,000. The provinces that had the highest demand for construction workers include: Alberta, Ontario, British Columbia, and Nova Scotia.

Construction workers average wage is from $11.81 to $15.20 per hour. With the rate at which Canada’s construction industry is growing, the rate of employment is expected to increase by over 64,000 workers between 2020 and 2030.

Retail trade workers are part of the top trade job vacancies in Canada. The services of Transport truck drivers become important as well, let me explain that to you. With the retail industry picking up again after the long effect of sit at home order, transportation will be in high demand due to online shopping websites activities.

Goods will be required to arrive on time at retail outlets and stores thus transport and delivery drivers will be highly needed. This also means that the services of mechanics will be in demand as well, not just that of drivers. The provinces with the highest demand for this position include: Ontario, British Columbia, Alberta and the average provincial minimum wage is from $11.81 to $15.20 per hour.

See Also: 5 Major Countries In Which Tuition Fee Are Free

Under Manufacturing, the top trade job vacancies are Welders, carpenters, millwrights, machine fitters etc. The Canadian Provinces mostly with this demand are Ontario, Manitoba and the average wage is from $11.95 to $15 per hour.

Manufacturers in most sectors will be in need of experienced and skilled trade workers, to ensure that machines used on assembly lines are operating efficiently. Thus workers in the construction, agriculture and automotive sectors will be in high demand almost everywhere in Canada. 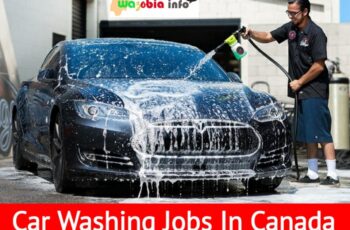 Car Washing Jobs In Canada – Are you currently interested … 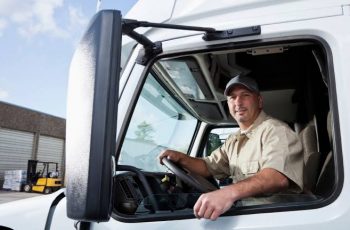 Are you aware of the high demands for truck drivers …