Recently, a user made a shocking discovery about fake RAMBO insecticide which at the time of filing this report, I’m still in shock.

According to him, he bought a 300ml container of Rambo insecticide recently, the white one. In the process of using it, he discovered that it wasn’t as effective as the original.

Like how do you spray a cockroach and it still has time to call family meeting before eventually dying some 2 hours later after several repetitions of the spray??

But then, I felt they have probably joined the growing list of dubious companies reducing quality and quantity of their products in a bid to shortchange the consumers (we are always on the receiving end).

I finally exhausted the insecticide while it mainly served as air freshner since it was useless as an insecticide.

Since I burn my waste, I ensure I always pierce containers with compressed air to avoid those explosive sounds that come from exposing them to extreme heat.

So I pierced the Rambo container o, only to notice something like a layer of polythene on the surface. Out of curiousity, I peeled the layer further and I was left dumbfounded. An upside-down container of an inferior GONGON insecticide hidden below a polythene layer of Rambo.

Now I have reasons to believe even the GONGON is not the original GONGON considering that the print on it was upside down.

Now while this might not be much of an issue considering we are in the infamous country, Nigeria… But do we even have any idea the sort of chemicals were compressed into that container?

On that note, everyone should please be careful when purchasing these things. Since our government can’t protect us, the least we can do is protect ourselves. 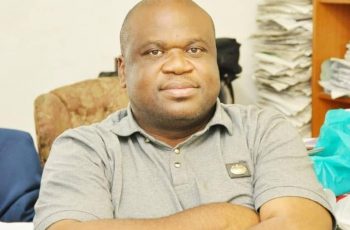 Rivers State Governor, Nyesom Wike has expressed shock over the …

The governorship candidate of All Progressives Congress in Rivers State, …