Members of the All Progressives Congress in Ikwerre Local Government Area, Rivers State had a cause to smile Sunday as Hon. Ezemonye Ezekiel-amadi, a frontline aspirant for the House of Representatives in Ikwerre / Emohua Federal Constituency donated a 14-Seater Toyota bus to the party in the area.

Hon. Ezekiel-amadi who is popularly known as #EmpowermentMachine by his teeming supporters across the state, said the gesture was borne out of his desire to support efforts aimed at repositioning and moving the party forward in the area.

He equally used the medium to call on other members of the party in the area to make concerted efforts to ensure that the party wins the 2019 general elections.

Receiving the bus,an elated Local Government Party Chairman,Hon.Bestman Amadi, lauded #EmpowermentMachine for his benevolence and tasked other members of the party in the area to key into the development to move the party to greater heights.

Also responding, Leader of the party in the area,Hon.Chibike Ikenga, commended Hon.ezekiel-amadi, saying it was a positive development ahead of the 2019 polls. 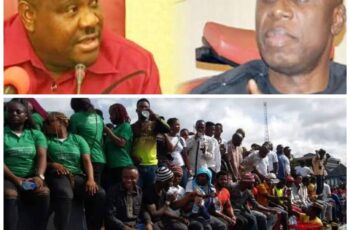 Chieftain of the All Progressives Congress and erstwhile National Publicity …