Following the directive from the Rivers State Chairman of the All Progressives Congress, Hon Ojukaye flag Amachree, that all the 23 LGAs should establish a well equipped and functional APC Youth House, to create more room for the teaming members of the party as more defectors join the progressive family on daily basis.

The Chairman of APC in Emohua local government area, Hon Austin Asomeji Esq. have selflessly donated a fully equipped and functional APC Youth House to the party in his LGA.

Hon Asomeji, who upon his emergence as the Emolga chairman of APC swung into action of rebranding and repositioning the party in readiness for the victory after the 2019 general elections, have once again performed a great feat which have endeared and attracted hundreds of undecided voters as well disappointed members of the PDP to join the APC.

The Emolga APC Youth House, which is located at Elele Alimini ward 9, is set for commissioning by the Rivers State chairman of APC, Hon Ojukaye flag Amachree, in the coming days.
This feat has once again proven Hon Asomeji to be the best performing LGA Party chairman in Rivers State.

Wokne-Eze Newman.
Media Aide,
To the Chairman of APC Emolga.

The internet have been booming for the past few weeks … 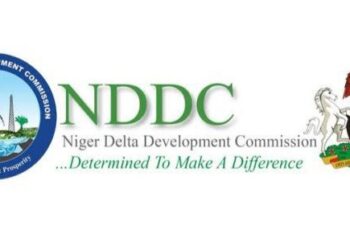 President Muhammadu Buhari has approved the appointment of an interim …